In the blink of an eye, my two years in France have come and gone.

Nice and I have had a classic romance: I was infatuated with the light and the color when I arrived and then reality set in and I had to work hard to learn the language and ingratiate myself in order to communicate. As the months wore on we grew comfortable with each other, and now I feel like I belong.

Which makes it all that much sadder to leave.

But it helps knowing that the Englishman’s little apartment on Rue d’Angleterre will be here waiting for us whenever we decide to come back.

I’ve spent many a morning and evening perched on the little red chairs on the balcony watching the scene unfold below. Lost tourists map in hand, old timers sitting down for their regular 10:00 am Pastis, delivery vans full of hanging meat blocking traffic in the roundabout, causing an undue amount of panicked horn honking and obscene gesturing. 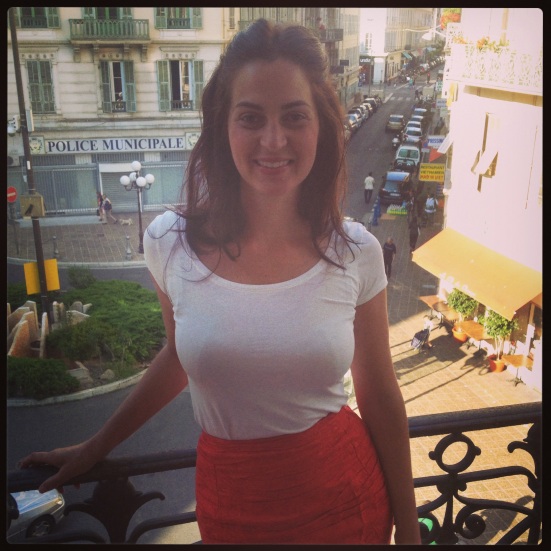 I never get tired of the beautiful curves and contours of the buildings and the graceful arches of the palm trees lining the streets, or the overwhelming dedication the French have to beauty in every form.

I’ve done my fair share of stumbling around like a complete idiot, lost in a sea of foreign words and customs, but now – although my French is still utterly lacking – I can understand what’s going on around me, not just the things people are saying, but the context too.

My Friend Sarah and I were shopping for fruit at my favorite little Arab grocers the other day and one of the kind old men who work there was pushing a big crate of potatoes through the narrow aisle. As he approached us he called out “attention les gazelles!” three words that might have been lost on me before, suddenly made me feel like part of the neighborhood.

“Attention” just means look out – a standard thing to say to someone who you want to move out of your way. Gazelle is a term of endearment in Arabic.

I loved the mixing of the friendly tone, French language, Arabic term and the flattering nature of being compared to something as lithe as a gazelle.

It was just a split second of a mundane exchange, but to me in encapsulated the things I love about my funny little neighborhood, and it seemed like in that moment, my affection for Nice was being reflected back at me.

Of course a minute later, I nearly stepped in a big pile of dog shit, and saw the harrowing scenes of the local sunburned, dreaded, drunks with their pit bulls, drinking tall cans in the church parking lot – but the that sweet moment has stuck in my mind.

Nice wasn’t an immediate fit for me, but I have put in my time learning the insane way things work here. I stopped trying to make France fit the lifestyle I was used to and gave into the French way. And I’ll tell you I don’t have many complaints.

If you can manage to eat lunch between noon and 2:00 pm, dinner between 7:00 and 9:00 never expect anything to keep regular hours, plan on most things being closed for a three hour chunk of each afternoon, all day Sunday, and most likely some other random day during the week – and get used to no one being in a hurry to do anything, ever, you’ll be off to a good start.

Throughout this whole adventure, the question of where it would lead has remained in the back of my mind, a little blinking light impossible to ignore.

And after much consternation, we actually have an answer of sorts: The Englishman has finally finished his three and a half years in Gaza and the West Bank and accepted a job as the BBC’s correspondent in Sydney.

So after seven years of shuttling back and forth between countries and continents, for the first time ever, we will be going someplace together – somehow I am not surprised that our soon to be new home happens to be one of the most remote and hard to get to places on the planet.

We never have done things the easy way. 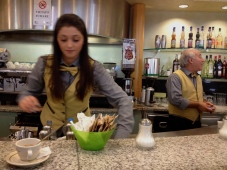